Founded on July 6, 1989 as Descon Construtora Ltda. We started our activities by building, Turnkey, Water Reservoirs, with Sliding Shapes with Climbing Sets and Shapes, of the most varied types, supported, elevated, in chalice, throughout the Brazilian territory.

Our first contract as Slip form with Yoke, Service Providers in 1990, given the great experience of our founders, Paranasa Engenharia Ltda. , hires Descon Construtora for the silos in the city of São Gonçalo, Rio de Janeiro. 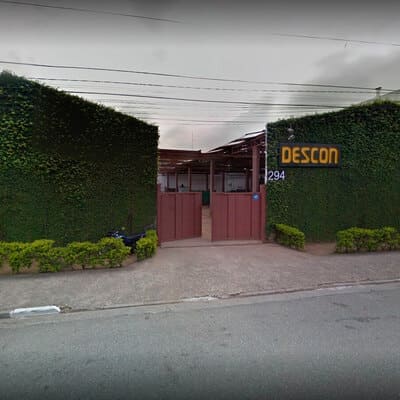 At the invitation of Construtora Norberto Odebrecht, in 1993, continuing the work developed with, Slip form with Yoke at the Cachoeira Dourada and Samuel Hydroelectric Plants, we have our first contract of Guided Slip Forms, at the Corumbá I Hydroelectric Power Plant, in Caldas Novas Goiás.

Thus we started the large-scale use of the Guided Slip Forms much more than a type of formwork and a PROCESS for the execution of the work.

With the emergence of a large amount of SHP, at the invitation of Seta Engenharia, in 2006, we started at The Esmeralda SHP, the use of, Guided Slip Forms.

Continuing our pioneering work in 2018, we are hired by Construtora Hidalgo e Hidalgo, from the Republic of Ecuador, to provide, Guided Slip Forms for Las Eclusas sewage treatment plant.